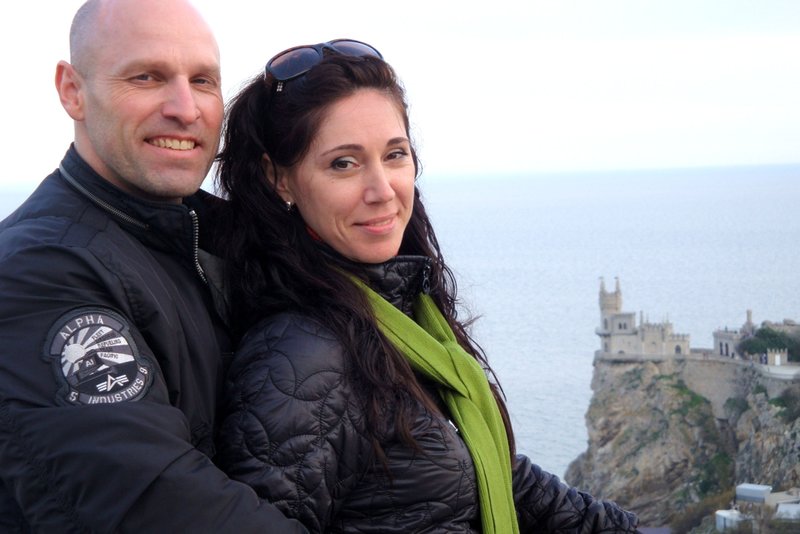 I would like to express my gratitude for such an excellent and friendly service. GenerationLove.com has helped me find my dream woman. When I first saw Irina's photos on GenerationLove, it was as if lightning struck me, and I was very impressed by her beauty. I often looked at her photos for quite a long time but I still hesitated to send her my expression of interest. Then, after about two weeks, I showed her my interest, and she immediately sent me a very affectionate response. Somehow I liked her right away. Her letters were very emotional – just like myself. 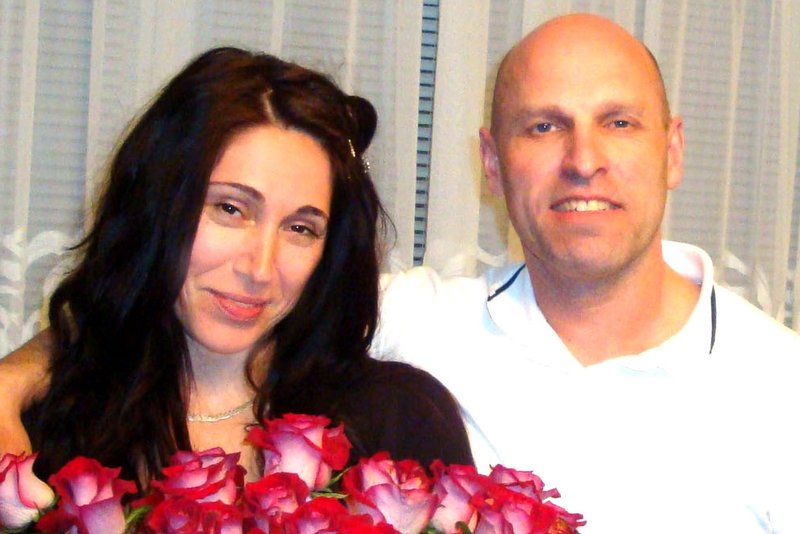 So we wrote each other twice a week, sometimes more often. It was almost crazy! I anticipated her response to my letters and she awaited mine. There was a connection between us from the very beginning, even though we knew each other only through letters and some photos. Then after a few months, we planned our first meeting in Ukraine. Unfortunately, she had to cancel our meeting because of her job, and I had pressing private matters as well. So we postponed our meeting to the coming year. Nevertheless, we grew closer to each other letter by letter. We did experience a time when it was somewhat quiet between us for about a month.

Then we planned our meeting again. This time, we were really determined to meet: I booked my flight to Ukraine and Irina was very happy and relieved at the prospect of meeting within a few weeks. I was of course very skeptical and did not know what to expect in Ukraine, with both the country and its culture completely foreign to me. Weeks before my departure, all I could think of was my journey to Irina. Irina calmed me in her letters, though, and showed me that she was really looking forward to seeing me. 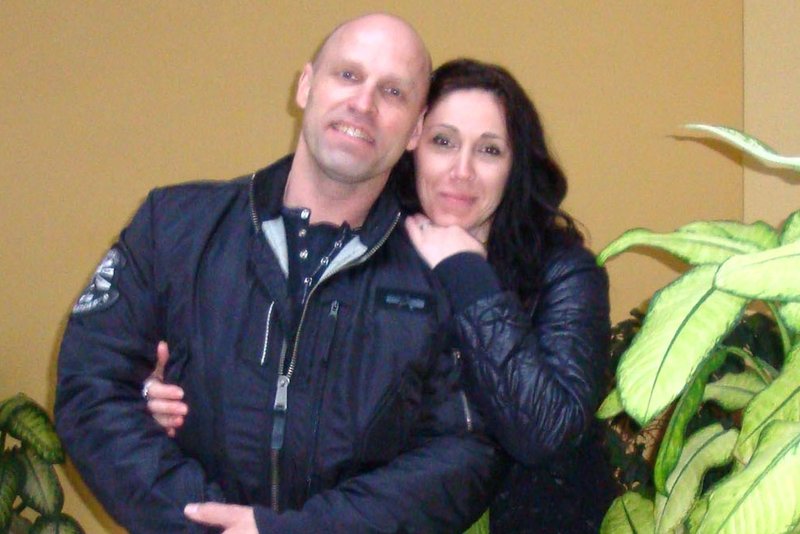 The way she expressed her emotions gave me the assurance that I would not be disappointed. Our feelings for each other grew stronger during our correspondence, and of course, I was enchanted by her beauty. She was exactly the kind of woman I had always wanted. After all the bad years I had experienced in my former relationship, everything seemed like a dream. Irina had become my sunshine 24 hours a day.

Then came the day of my departure to Ukraine. The night before, I could not sleep at all and was really excited to meet the woman I had only known from letters and many beautiful photos. Then we stood facing each other in the terminal at the airport. She was even more beautiful than I had imagined. These brown eyes shone like stars, and her long dark brown hair made ​​my knees tremble. It was an indescribable feeling to meet her now, six months after our first letter. I hugged her and felt her warmth run through my entire body. I could not say a word even though I had learned a few Russian words for our first encounter. 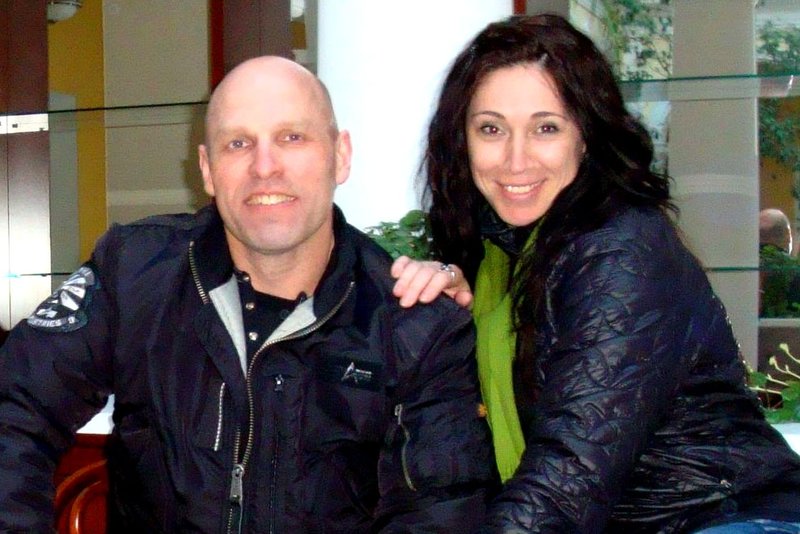 I could not give her flowers at the airport, so I bought her flowers on the way to her hometown. She was very - I would say - shy and quiet, but to get her this bouquet of roses was very important to me. Also I gave her a heart-shaped box of chocolates from Germany.

Once we arrived in the apartment, she made me a beautiful gift: a coffee cup with heart-shaped pictures of me and Irina and red roses beneath.I was speechless at that moment, but I instantly understood that Irina was serious about me and I was not just an internet flirt. Again, my emotions ran wild, but at the same time I was very exhausted from the long journey. But I tried to hide that.

So I spent three wonderful days with her, and we did things together and sat and enjoyed the hours of our first meeting. I still remember our first real kiss in an elevator. The kiss was a little longer and we missed our floor. 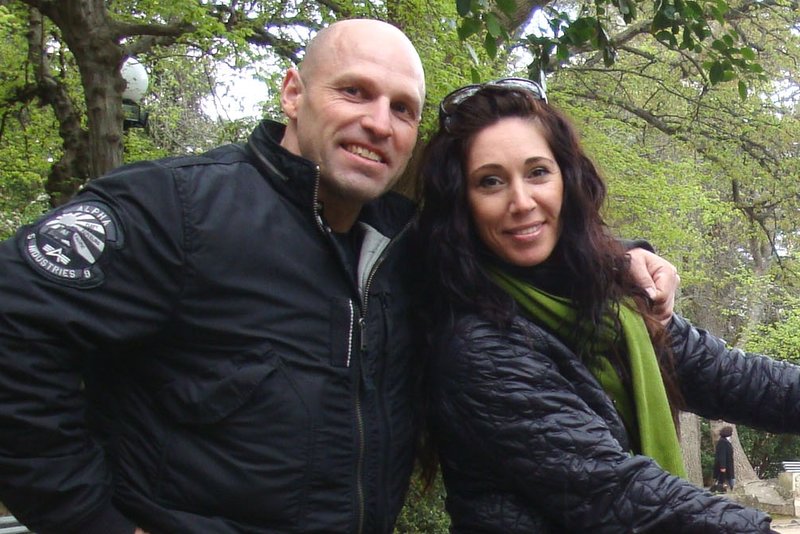 I also met her two daughters. Together we went bowling and to a restaurant. I enjoyed these hours with Irina so much because I had never experienced anything like this before. It was indescribably beautiful! I had found my happiness even though it was nearly 2500 km away from me.

But that did not matter for me. I wanted to hold onto this happiness. So the day of my departure came and we both knew that the farewell would not be easy for us. On the ride to the airport, Irina held my hand the whole time and put her head on my shoulder. The moment of farewell was very hard for both of us and Irina stood in front of me and did not want me to go. I had to control my feelings and I embraced her once more and we kissed. Then I turned around to face her once more when I had to check in.

Pain of the farewell

Then, on the flight home, I felt this total emptiness in me without Irina. But I had already planned my next trip to see Irina in my head for about 3 months later. Our contact by letters grew even more intense from letter to letter following our first meeting and Irina wrote me that she had fallen in love with me. I had to process everything again, but my feelings for her were already very strong. 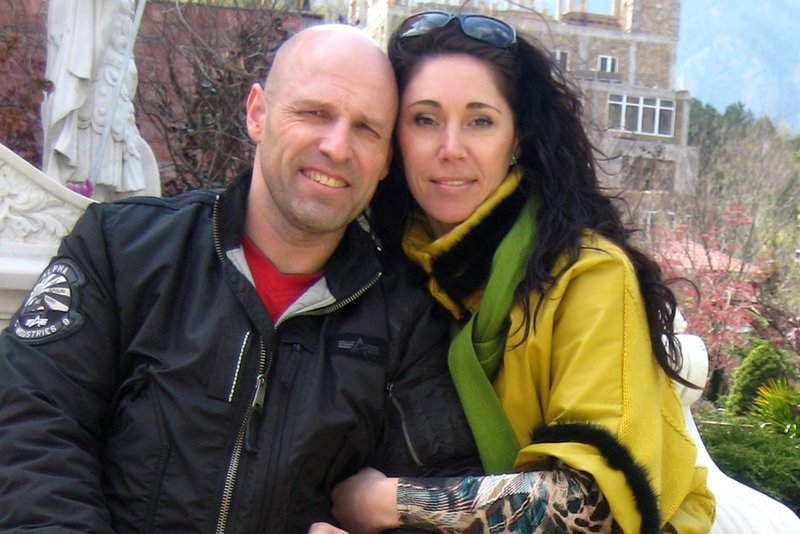 So the weeks and months of our separation passed and we planned our second meeting for April. The time passed very quickly and I had a hard time finding a flight to see her. Then I had to reschedule my trip to see Irina, because Irina had gone to Crimea with friends for a few days and she asked me to come there. Three days before my trip, I unfortunately got sick and my journey to Irina was at risk. Luckily, I felt better one day before my departure and I was able to make the trip. Again, I could hardly sleep, but the thought of seeing Irina gave me the strength I needed to make this even longer journey via Amsterdam to Kiev and then Crimea.

After almost 16 hours, I then arrived in Crimea. I had not slept for nearly 36 hours and was almost delirious from fatigue. But when Irina stood opposite me after 11 weeks of being apart, it all vanished and we kissed long and tenderly. It was wonderful to see each other again and we spent almost a week together. We were full of feelings and felt that we belonged together and were a couple. I felt like the luckiest man in the world to have such a lovely woman by my side. It is impossible to compare these days in Crimea with the first meeting in any way, because you can hardly put it into words. I then met her family, relatives and friends, all of whom were very welcoming to me. 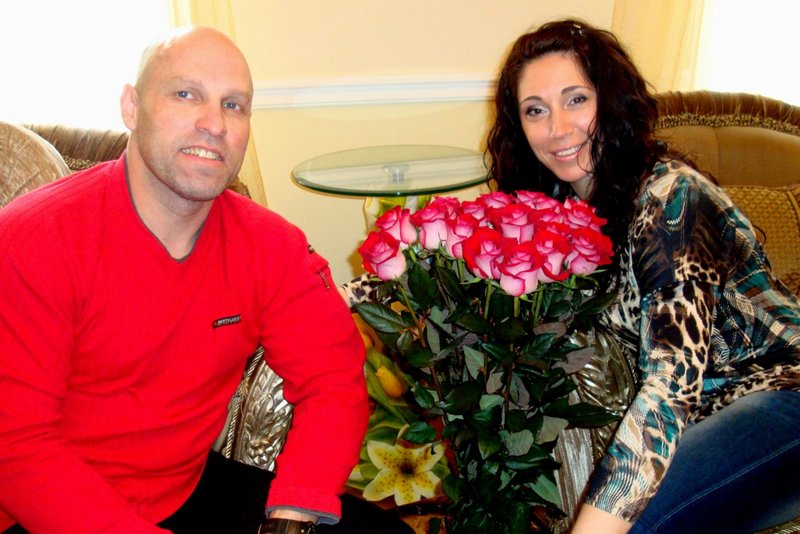 For our next meeting, Irina will come to see me in Germany and we will once again have a wonderful and happy time together.